A leading member of Cape Town’s general and Jewish communities and an inspiring role model of wisdom and philanthropy, Estelle Yach is a devoted friend of Israel and the Hebrew University whose benevolence has significantly advanced the University and enabled hundreds of its students to pursue a higher education.

Estelle Yach is an internationally acclaimed miniaturist and highly accomplished businesswoman whose commitment to improving the lives of others continues a family tradition.

In 1938, her late father Morris Mauerberger established the Mauerberger Foundation Fund, which her late husband Solm Yach went on to lead. Estelle Yach chaired the Foundation for over twenty years; after recently passing over its reins to her daughter Dianna Yach, she was appointed its Honorary Life President.

Since the 1960s, the Mauerberger Foundation has lent its support to a wide range of projects at the Hebrew University, including the Mauerberger Medical Bursaries, the Morris and Helen Mauerberger Chair in Agricultural Entomology, research projects in diverse areas and, notably, numerous research fellowships and scholarships for Israeli and international students, many from underprivileged backgrounds.

Estelle Yach is a benefactor and associate governor of the Hebrew University who, together with Dianna Yach (now Chair of the Foundation; her mother is Life President), is a regular visitor to its campuses, in particular the Mount Scopus campus where a garden memorializes Solm Yach, who was conferred among the University’s honorary fellows in 1992.

Alongside her devotion to the Hebrew University, Estelle Yach is a generous supporter of community and cultural projects in South Africa and Israel, many of which seek to empower women and members of disadvantaged communities. 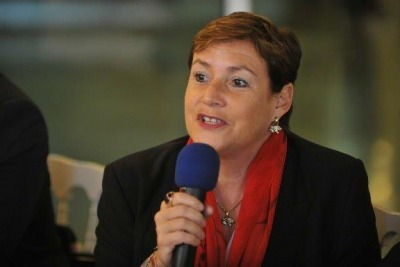 Dianna Yach, Chairperson and Director of the Mauerberger Foundation Fund 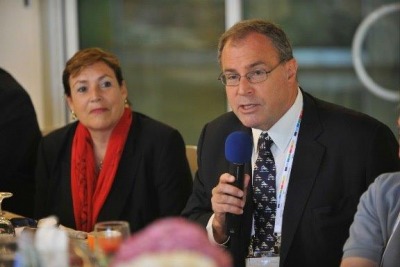